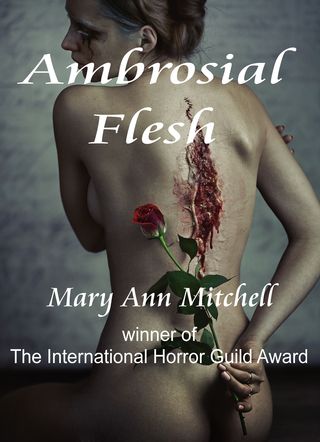 As a boy educated in Catholic school, Jonathan believed in the teachings of the Church. When his non-believing parents prevented him from attending Sunday Mass, Jonathan found his own way of celebrating the Lord's Day. Since the Church's dogma teaches that we are made in the "image and likeness of God," Jonathan decided to eat his own scabs in place of the Body and Blood of Christ at Communion.

Now Jonathan is an adult, and his fetishism with Communion becomes more macabre even as his religious beliefs fade. Jonathan enjoys eating other people's flesh. There are those willing to participate in his warped game. After he marries he must go back to eating his own flesh in order to stay faithful to his wife. When his wife learns of his bizarre behavior she is horrified, forcing him to destroy her--the one person he loves. This act takes him on a spiraling decline that brings him face-to-face with Lucifer. Now Jonathan must choose between his horrendous destiny or fight against the evil trying to possess him.